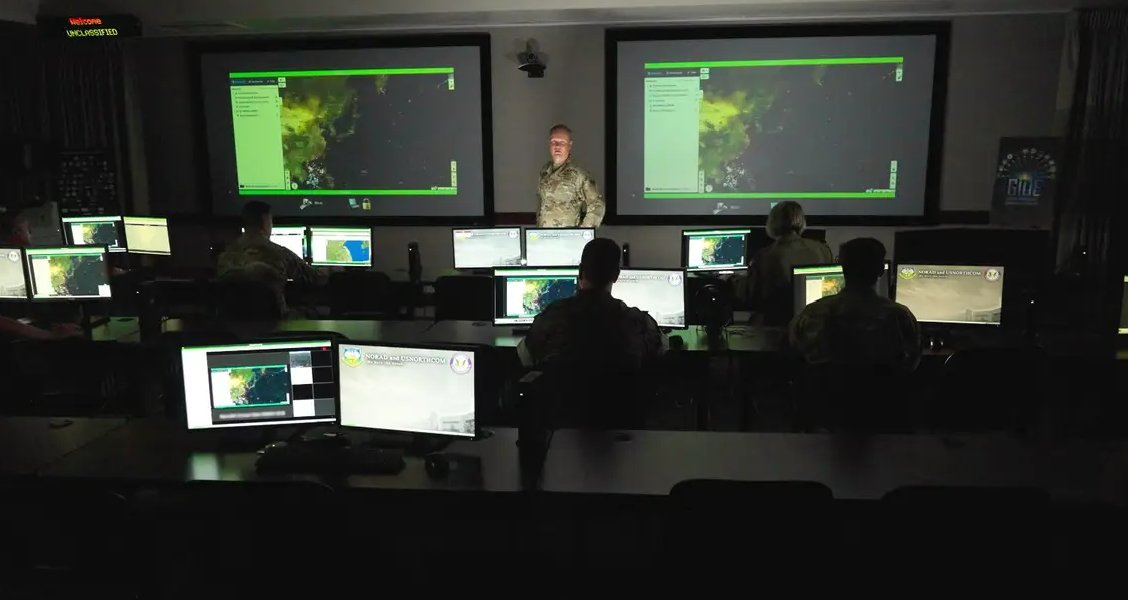 The Pentagon aims to use cutting-edge cloud networks and artificial intelligence systems to anticipate adversaries' moves before they make them.

US. Northern Command (NORTHCOM) recently conducted a series of tests known as the Global Information Dominance Experiments, or GIDE, which combined global sensor networks, artificial intelligence (AI) systems, and cloud computing resources in an attempt to "achieve information dominance" and "decision-making superiority." According to NORTHCOM leadership, the AI and machine learning tools tested in the experiments could someday offer the Pentagon a robust “ability to see days in advance," meaning it could predict the future with some reliability based on evaluating patterns, anomalies, and trends in massive data sets. While the concept sounds like something out of Minority Report, the commander of NORTHCOM says this capability is already enabled by tools readily available to the Pentagon.

General Glen VanHerck, Commander of NORTHCOM and North American Aerospace Defense Command (NORAD), told reporters at the Pentagon this week that this was the third test of GIDE, conducted in conjunction with all 11 combatant commands “collaborating in the same information space using the same exact capabilities.” The experiment largely centered around contested logistics and information advantage, two cornerstones of the new warfighting paradigm recently proposed by the Vice Chairman of the Joint Chiefs of Staff. A full transcript of VanHerck's press briefing is available online.

VanHerck told reporters that this AI-enabled decision making could actually allow for a type of proactive forecasting that sounds truly like the stuff of science fiction:

The machine learning and the artificial intelligence can detect changes [and] we can set parameters where it will trip an alert to give you the awareness to go take another sensor such as GEOINT on-satellite capability to take a closer look at what might be ongoing in a specific location.

[W]hat we've seen is the ability to get way further what I call left, left of being reactive to actually being proactive. And I'm talking not minutes and hours, I'm talking days.

The ability to see days in advance creates decision space. Decision space for me as an operational commander to potentially posture forces to create deterrence options to provide that to the secretary or even the president. To use messaging, the information space to create deterrence options and messaging and if required to get further ahead and posture ourselves for defeat.

Gen. VanHerck says this most recent experiment, GIDE 3, was a way of testing “a fundamental change in how we use information and data to increase decision space for leaders from the tactical level to the strategic level -- not only military leaders, but also gives opportunity for our civilian leaders.” The NORTHCOM and NORAD Commander claims that GIDE shifts the Department of Defense’s (DOD) focus “away from pure defeat mechanisms for homeland defense towards earlier, deter-and-deny actions well outside a conflict” and will allow faster, more proactive decision making.

To do this, the experiment used artificial intelligence tools to perform real-time analysis of data gathered by a network of sensors across the globe including “commercially available information” from unnamed partners. That information, VanHerck says, could be shared via cloud-based systems to allies and other partners in real-time, should NORTHCOM decide to. The tests also included support from the Joint Artificial Intelligence Center and Project Maven, a DOD project that leverages AI to sift through massive amounts of persistent surveillance imagery and rapidly identify useful information.

The U.S. Air Force and U.S. Army have already been testing similar concepts which are exploring the convergences of real-time data collection and artificial intelligence in order to enable faster and more informed decision making. VanHerck says the GIDE 3 experiments were different, however, in that NORTHCOM isn't looking to create new tools or concepts, but instead use what is already available to give the highest levels of military leadership a new level of awareness:

The primary [difference] between what I'm doing and what the services are doing is I'm focused at the operational to strategic level. Taking data and information that is available today. That's key.

We're not creating new capabilities to go get data and information. This information exists from today's satellites, today's radar, today's undersea capabilities, today’s cyber, today's intel capabilities. The data exists. What we're doing is making that data available… and shared into a cloud, where machine learning and artificial intelligence look at it and they process it really quickly and provide it to decision makers, which I call decision superiority.”

This gives us days of advanced warning and ability to react. Where, in the past, we may not have put eyes on with an analyst of a GEOINT satellite image, now we are doing that within minutes or near real-time. That's the primary difference that I'm talking about.

The types of global cloud services, data fusion, and other concepts used in the experiments aren’t anything new per se, and VanHerck says that NORTHCOM has simply “stitched everything together to make this happen” on a military level. “I wouldn't think of this as a thing or a- you know, a gadget we're going to buy and move forward,” the general told reporters. “This is a software-based capabilities [sic] utilizing technology that is readily available today.” While the systems used in GIDE 3 are still being tested and developed, VanHerck used the metaphor of “building the bike while we ride it,” which he elaborated on earlier this month in a War on the Rocks op-ed.

VanHerck also added that United States Space Command (SPACECOM) was “intimately involved” with the experiments, stating that the experiments explored options to hold competitors’ space-based and land-based capabilities at risk, while also considering the fact that potential adversaries would put our own space assets at risk in any conflict.

In his remarks, the NORAD commander obliquely referred to Russia and China, claiming that the United States currently has “two peer competitors, both nuclear-armed, that are competing against us on a daily basis.” When a reporter then asked the general to elaborate about the GIDE 3 exercise, the Pentagon wouldn’t name a specific simulated adversary but noted it was “focused on a peer competitor.”

The Pentagon's third Global Information Dominance Experiment is just one more signal that future conflicts could largely be determined by which forces can deploy the best artificial intelligence systems and leverage information the fastest. Given the rate and scale at which data flows around the world thanks to modern communication networks, satellites, and other technologies, it could be in the very near future that battlefield decisions will be dominated by suggestions from AI tools, and eventually, left to AI themselves, as they can make decisions much faster than a human could. But for now, just being able to better predict the future is of extreme interest to America's top military leadership.